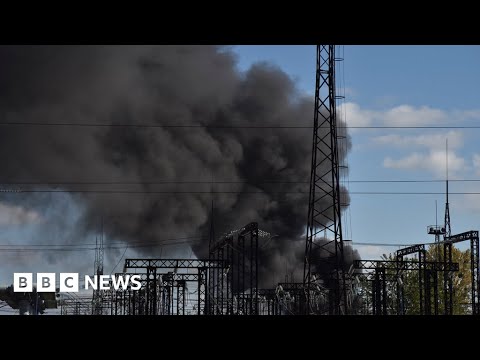 Ukrainian authorities are warning of power outages in the wake of targeted attacks by Russia on its energy infrastructure.

Kyiv has introduced restrictions on power for the first time since Russia’s invasion began after kamikaze drone and missile attacks on power plants across the Ukraine.

According to Ukrainian President Volodymyr Zelensky, almost 40% of the nation’s energy infrastructure has been damaged by hundreds of attacks in the last 10 days.

Citizens have been told to expect power cuts over the coming days, and the government has urged its people to cut down on their energy use by 20%.