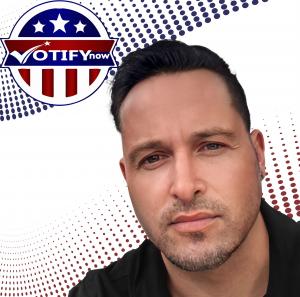 “After 2020 and hearing about election integrity, I started to think about trying to help solve that issue,” Vieira said.”

FLORIDA, U.S, May 26, 2022 /EINPresswire.com/ — A new app that makes it easier for voters to share information about suspected election irregularities and fraud could help restore the public’s trust in election integrity, according to its founder.

With many people having questions about both voter integrity and voter access surrounding the 2020 election, Johnny Vieira set out to equip voters with a tool and the analytics they needed to share information and get answers in real time “as opposed to months or years after the fact,” for future elections, he said.

“I thought if both sides are claiming that there are some issues, maybe we can come up with something to try to restore some faith here,” said Vieira, owner of Vieira Business Ventures.

“After 2020 and hearing about election integrity, I started to think about trying to help solve that issue,” he said.

Vieira created VotifyNow, an app that helps users of all political persuasions to verify voting information in their local, state, and national elections. In developing the app, Vieira realized it should allow users to “see something, say something,” he said. “I thought this was a great way to get … boots-on-the-ground in real time. I thought maybe that would cut down on the time it takes for … cheating or nefarious activities to be spotted.”

VotifyNow allows users to upload a brief description, image, short video clip, or pdf of what they observe onto the app, where an algorithm is used to analyze patterns and spotlight suspicious activity that can be further explored or investigated, he said.

The beauty of the app is that it’s nonpartisan and not affiliated with any government agencies, Vieira said. Users can remain anonymous if they wish, and their information will not be shared with any third parties.

The app is currently available on the App Store for Apple iPhones and Google Play for Android phones.

Vieira plans to keep refining the app with “little tweaks” based on feedback he receives from users to make the app more “geo-targeted” and even more effective.

VotifyNow has also rolled out expanded features to assist users in monitoring any irregularities they might spot at voter polling stations, and users can even check the app for information on local candidates and upcoming meetings for their local county board of supervisors, city council, or school board, he said.

Vieira’s business was based in Los Angeles until a couple years ago when he decided to move to Florida. He grew up in California not far from Silicon Valley and later moved to Los Angeles where he spent 10 years producing and managing music artists.

“In 2014 and ’15, I was still in the music industry but knew I wanted out,” he said. “I was always a thinker. I was an inventor and a creator ever since I was a kid, so I started pivoting into the mobile app world.”

A self-declared “crazy workaholic,” Vieira has made several new apps, including Pet Your Face, an app that morphs users’ photos with pictures of their pets; an app called Riderzz that allows tired or tipsy users to hire a driver; and Tribefluence, an app that connects advertisers with social media influencers.

He sold Tribefluence to a Florida company and helped the firm incorporate the app into its operations after moving there. During the COVID-19 lockdowns in California, the idea of moving to Florida was appealing, Vieira said. “Florida was free, and with Los Angeles completely locked down, it wasn’t a hard decision to make—besides the humidity element,” he said. Vieira said he hasn’t entirely abandoned the music industry and still has a couple of singers as clients. “I never really got out of the music industry, but I have no love for it anymore,” he said.