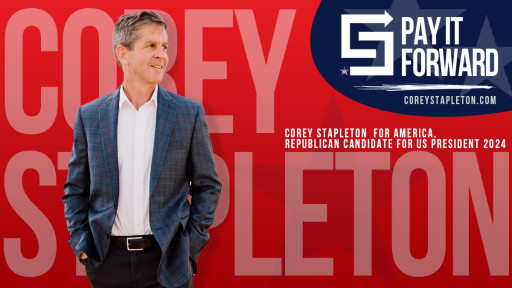 Stapleton stressed the importance of continued U.S. support and encouraged Congress to stand firm with Ukraine, citing the lessons of history.

Although early in the 2024 presidential primary season, Stapleton's visit draws a contrast with the other announced candidate in the Republican primary, former President Donald Trump. Trump was impeached by the U.S. House of Representatives on Dec. 18, 2019, for "abuse of power" and "obstruction of Congress" relating to congressionally authorized funds for Ukraine. Later, former-President Trump praised Russian President Vladimir Putin's attacks on Ukraine as "genius" and "savvy."

Stapleton said it's time for the Republican party to follow a new vision.

"The diplomatic solution to the Russian-Ukrainian war can be found, but it must involve strength and unity from the West. Similar to the Cold War, sustained peace is gained not by force, but strength and resolve between America and our European allies," Stapleton said.

Stapleton, 55, is a former naval officer and Montana Secretary of State, certifying the 2020 Presidential election.