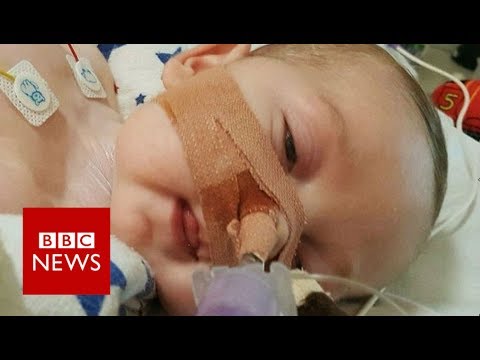 It’s a legal battle between the parents of a terminally ill baby and medical experts. The issue – who decides what’s in the best interests of the child. The parents of 10-month-old Charlie Gard, who has a rare genetic condition, want to take him to America for treatment that is experimental. Charlie’s doctors – backed by three separate court judgements – insist it won’t help him and argue he should be allowed to “die with dignity”. But now the European Court of Human Rights has ruled his treatment here should be continued until midnight next Monday, to give his parents time to prepare their case. Here’s our Medical Correspondent Fergus Walsh.