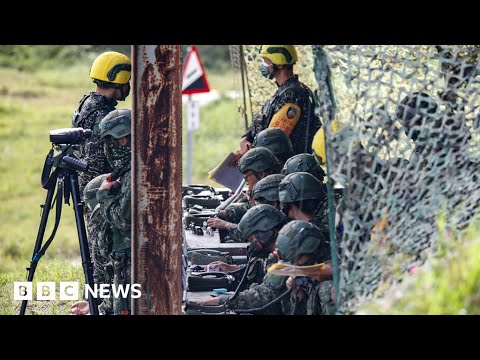 Taiwan would be unable to resist the use of force by an increasingly assertive China, according to a retired military commander.

It comes as US Secretary of State Anthony Blinken said China was pursuing unification with Taiwan “on a much faster timeline” than previously expected.

Beijing had decided the status quo was no longer acceptable, he said.

In Sunday’s speech opening the Communist party Congress in Beijing, President Xi Jinping refused to rule out using force to unify with Taiwan.