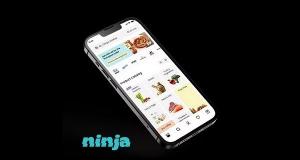 Ninja rapidly expands across the Kingdom of Saudi Arabia and is now fully operational across Riyadh, Jeddah, and the Eastern Province of the country.

In four months, we have grown our presence across the Kingdom and plan to continue to expand in KSA and across the MENA region while achieving positive unit economics”

RIYADH, INTERNATIONAL, SAUDI ARABIA, December 31, 2022 /EINPresswire.com/ — Ninja, a ‘quick commerce’ grocery delivery company and one of Saudi Arabia’s fast-growing technology companies, has today announced that it has crossed 1.5 million app downloads in the Kingdom. It has also announced that in line with its ambitious expansion plans, the company in just four months has grown to become fully operational across Riyadh, Jeddah, and the Eastern Province of the Kingdom.The news underlines Saudi Arabia’s position as the fastest growing regional market for VC activity, accounting for 35% of the total funding deals done in the MENA region in 2022.

Ninja has also announced that it has recorded impressive demand in its mega seed funding round closed in Q4 2022. The undisclosed amount was led by Bunat Ventures and multiple other VCs and family offices. The company’s founders said that the latest funding round would help them continue to scale their business and operations across the Middle East and North Africa.

The KSA homegrown start-up, which was founded in 2022 by a couple of industry veterans, has also announced that it has expanded its operations this month to fully cover Saudi Arabia’s three main cities, which make up close to 50 percent of the population. The company is now fully operational across Riyadh, Jeddah, and the Eastern Province of the Kingdom.

Ninja’s management team – a group of local and global industry veterans and unicorn builders –have been focused on expansion while instilling operational efficiency that allowed them to achieve very healthy unit economics, while maintaining a 25-minute delivery time, with high customer retention.

Chief Technology Officer, Ninja, Hussein Bu Khamseen said, “We nearly quadrupled our scale since we launched in 2022, in a matter of few months, and are looking to further accelerate our growth trajectory in the coming year. We will continue to invest aggressively to make Ninja the distinguished destination for food and grocery consumers through our pan-Saudi Arabia’s network of technology driven dark stores.”

Meshaal Al Shuwaikhat, Chief Product Officer of Ninja commented on the expansion saying, “We are building the future of grocery retail in KSA. Covid has changed consumer behaviour permanently and Ninja’s technology powered model is ready to scale at an unparalleled pace.”

Canberk Donmez, Ninja’s co-founder commented, “We are exceptionally pleased by the current growth of the company. In four months alone we have grown our presence right across the Kingdom. The business continues to go from strength to strength, with 1.5m downloads and now fully operational across half the Kingdom. Our aim is to cover the entire country and eventually to expand into new territories. The product is clearly popular, and the demand is there, and we are confident that the business will continue to thrive in the coming months.”

Commenting on the growth of the VC industry in the Saudi market, Saud Al Qahtani, Ninja’s co-founder, “The Saudi market has totally transformed in the last 18 months, and today you are seeing exciting new tech and FinTech companies emerging and backed by VC money from across the world. It is exciting for global VCs looking at the Saudi market right now and seeing the potential. The Government are doing all the right things too, creating the right conditions for growth and welcoming inward investment.”

Continued growth of the Saudi market

Investments in Saudi Arabian start-ups continue to grow at a rapid pace, with various sources pointing to Saudi Arabia’s total VC funding increasing by 93% year-on-year to reach $818M in the first three quarters of 2022. The Kingdom, which has outlined its ambitious Vision 2030 plans for a modern and dynamic economy, has now overtaken the UAE among the Middle East and North African countries in terms of the number of deals, observing a 36 percent growth compared to the first half of 2021.

Ninja is a technology start-up company founded and operated in the Kingdom of Saudi Arabia, specialising in the quick commerce space. It is an on-demand delivery app that takes just a few minutes to get groceries to a user’s door. Users of the app benefit from access to thousands of items from fresh produce through to skincare, beauty and pet food.

Article originally published on www.einpresswire.com as SAUDI ‘QUICK COMMERCE’ STARTUP NINJA LEAPS OUT OF STEALTH WITH A MEGA SEED ROUND AND A CLEAR PATH TO SUSTAINABILITY