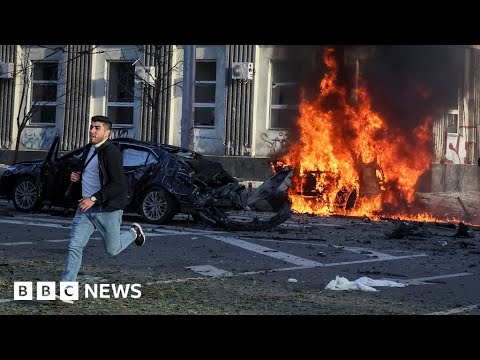 Leaders of the G7 group of rich nations have said they will back Ukraine for “as long as it takes” in the wake of major Russian missile strikes.

The group, which met for emergency virtual talks, said it would keep on giving military and humanitarian aid.

Nato also said it would stand with Ukraine for as long as necessary.

Russia has been widely condemned after bombarding cities across Ukraine, including launching missile strikes on the centre of Kyiv for the first time.

Vladimir Putin said the attacks were retaliation for Saturday’s explosion on a key bridge linking Russia to Crimea.