Circular Faith + Circular Economy Stephen R McDow II In United Kingdom CFCE will explore what a circular faith and economic ecosystem looks like and how interconnected all parts of our society is to our existence on Earth! 26 verses in the bible depict the cyclical nature of farming depicting how interconnected we are. If we are going to discuss the importance of building a circular ecosystem faith is important!”— Stephen R. McDow IIMONROVIA, MD, UNITED STATES, January 19, 2023 /EINPresswire.com/ -- Listen to the trailer: https://bipolargirlpodcast.podbean.com/e/introducing-circular-faith-circular-economy/ Stephen and Rebecca McDow will soon launch Circular Faith + Circular Economy (CFCE) – A show that explores the challenges and opportunities of upholding an equitable society for rural and urban communities in 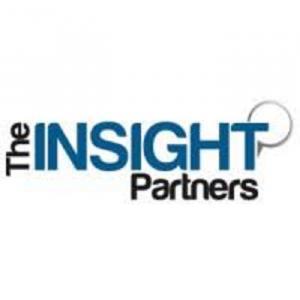 NEW YORK, UNITED STATES, January 19, 2023 /EINPresswire.com/ -- According to The Insight Partners latest study on " Shelf-Life Testing Market Forecast to 2028 – COVID-19 Impact and Global Analysis – by Parameter, Food Tested, Method, and Technology," the market is expected to grow from US$ 4.49 billion in 2021 to US$ 8.50 billion by 2028; it is estimated to grow at a CAGR of 8.9% from 2022 to 2028. Shelf-life testing is done to determine the expected shelf-life of a food product and when it should be safe for consumption. It lowers the likelihood of product recalls; identifies the causes of decreased shelf life; and helps improve products, processes, and profitability. The introduction of stringent safety

PORTLAND, CONNECTICUT, UNITED STATES, January 19, 2023 /EINPresswire.com/ -- Arrigoni Winery is excited to announce their winter hours of operation, open every Saturday and Sunday from 11am to 6pm. Despite the colder weather, visitors can still enjoy a comfortable and relaxed experience at the winery with their rustic wine tasting room, covered outdoor pavilion, and vinyard-side patio.One of the most popular winter specials at Arrigoni Winery is the return of their famous hot mulled wine. Guests can choose from the Rosso Red or Bad Apple White, and even take home their own hot mulled wine kit to enjoy at home. In addition to wine, visitors can also indulge in a variety of made to order food

californialightworks.com virextech.com Partners with Virex Technologies to Capitalize on Burgeoning European Market LOS ANGELES, CA, UNITED STATES, January 19, 2023 /EINPresswire.com/ -- California LightWorks, a leading U.S. manufacturer of LED horticultural lighting, today announced the strategic partnership with Virex Technologies to expand European distribution.“Virex Technologies has a company mission and vision that is well aligned with ours,” said George Mekhtarian, CEO of California LightWorks. “Their focus on customer success and their mission to reduce carbon footprint are the key reasons we chose to partner with them. As the market for grow lights rapidly expands in Europe, we look forward to working with Virex to rollout out our unique, patented MegaDrive® technology.”The MegaDrive system consists of a large central power 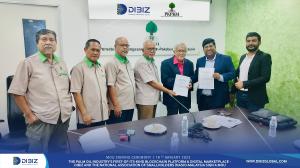 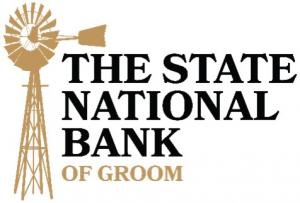 This project in development will implement AI techniques, such as machine learning, to predict the optimum degree of ripeness in avocados.”— Luis Doporto AlejandreNEW YORK, NEW YORK, USA, December 28, 2022 /EINPresswire.com/ -- According to Luis Doporto Alejandre, a specialist in the avocado industry, advances in Artificial Intelligence (AI) are taking place to use it as a tool to detect when an avocado has reached its optimum level of maturity, all to create more sustainable agriculture. The tool known as Evocato 360° was born out of a necessity to counter the adverse environmental effects caused by extensive avocado production. The objective is to ensure fruit harvesting at its optimum maturity level."This project in development will